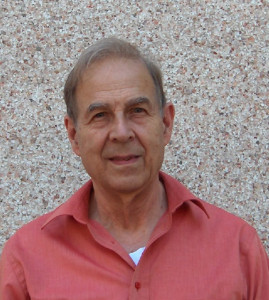 I grew up in Cincinnati, Ohio. After high school, I spent two years in the U.S. Navy (1953 to 1955}. From 1955 to 1958 I attended  Miami University (Ohio) earning a BA. At Indiana University I completed my MA in 1961 and my Ph.D. in 1964; Andrew Wallace directed my dissertation. Yana Hanus and I were married in 1961 and we have three children Juliet, Yana-Maria, and Paul and five grand children.  My first faculty position was a John Wesley Young Research Instructorship at Dartmouth 1964-1966, then in 1966 I joined the math department at Syracuse University where I am still an active member of the faculty. In 1971-1972 I was a visiting professor at the University of Nottingham (England).

My service to the Mathematics Department includes the associate chairmanship 1976-1979, department chairman 1979-1982, associate chairman again 1984-1993 and representing the department on very many of the College and University committees. For the Seaway section of MAA, I served as the section’s first vice-president 1980-1982, as section’s chairman 1995-1997, and as their representative on the Board of Governors of the MAA in 1985-1986. Since my graduate days I have worked with elementary and high school teachers. This work included  many NSF summer institute for teachers in Indiana, Syracuse and St. Thomas in the Virgin Islands; I was a consultant to the Shell Centre for Mathematical Education at Nottingham University (England) during its development in the early 1970s. From 1984 until 1995 I worked with the NY State Bureau of Education on the revision of the Regents Math curriculum.  Most recently I have had a sequence of grants for in-service and summer workshops for teachers in the Syracuse Schools and surrounding School Systems.

After publishing my thesis in algebraic topology, I switched fields to Combinatorics and Graph Theory. My first major paper, written with Jim Yackel, was on the asymptotic growth of Ramsey numbers, for which we shared a $50 prize from Paul Erdos. Shortly after that I started my career-long collaboration with Mark Watkins. Our first major project was writing Combinatorics with Emphasis on the Theory of Graphs, #54 in the Springer Graduate Texts in Mathematics series (1977). Twenty years and several papers later we wrote Locally Finite, Planar, Edge-transitive Graphs, #601 in Memoirs of the AMS. In the 1970s, Wolfgang Jurkat and I published a series of papers on algebraic structures of general designs and graph factoring. In 1975, I wrote On the foundation of integer linear programming I. At that point in time, I started my 17-year involvement in the administration of the department and “integer linear programming II” never got written – some of the ideas I had for that paper were developed by Amir Foroudi and appeared in his thesis. In the early 1970s I had developed a course in the mathematics of design for our School of Architecture. Jenny Baglovo took over that course, revised it and we wrote Incidence and Symmetry in Design and Architecture for the Cambridge University Press. Three paper on mean distance in graphs with Kevin Doyle also came out of that work. In the early 1980, I got very interested in rigidity theory resulting in two papers and two books. The first book Combinatorial Rigidity was written with Brigitte and Herman Servatius and was published by the AMS as #2 in the series Graduate Studies in Mathematics. I then wrote an expository book on rigidity theory, Counting on Frameworks, #25 in the MAA’s Dolciani Mathematical Expositions series. Shortly after the turn of the century I became fascinated with the combinatorial structure of fullerenes and benzenoids and am still working in this area, collaborating on papers with several other researchers in the area including Patrick Fowler, Gunnar Brinkmann, Wendy Myrvold, Christy and Steve Graves and Liz Hartung.